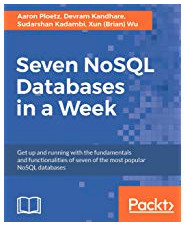 Seven NoSQL Databases in a Week

This introductory-level book was a collaboration I did with three additional authors. It covers the following NoSQL products: MongoDB, Neo4j, Redis, Cassandra, HBase, DynamoDB and InfluxDB. While it provides intermidate to advanced level configuration and development examples, it is primarily aimed at the audience of an engineer or developer who may not know which database will best suit their application. I wrote the chapters on Neo4j, Redis, and Cassandra. 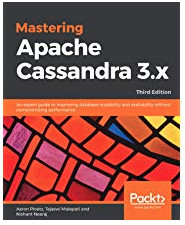 This book is intended to be a thorough, advanced reference guide for Cassandra DBAs and developers. The target audience is those whom already have some experience in working with Apache Cassandra, and are looking for some guidance in getting to that next level of understanding. The book uses Apache Cassandra 3.11.2 for the examples, and differences between the 3.x line and prior versions are discussed. While I wrote the majority of the chapters, I brought in Teja Malepati (a friend of mine from work) to write the chapters on integrating with Apache Spark, and on deploying an effective, open source monitoring stack.

Copyright © Aaron Ploetz 2010 -
All corporate trademarks are property of their respective owners, and are shown here for reference only.