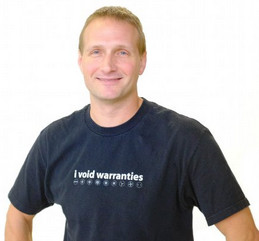 Aaron Ploetz has been a professional software developer since 1997, and was named a DataStax MVP for Apache Cassandra three times (2014-17). While not at work, he has been a computer hobbyist since 1987 (when his Mother first brought home a Tandy 1000 EX). He still works on a variety of projects in his home lab, including (but not limited to) building Linux servers, gaming machines, and test Cassandra clusters. Aaron recieved a Bachelor of Science degree in Management/Computer Systems from the University of Wisconsin - Whitewater in 1998, and a Master of Science degree in Software Engineering (emphasis on Database Technologies) from Regis University in 2013. He and his wife Coriene live with their three children in the Twin Cities. When not in front of a computer he enjoys amateur astronomy, writing, and coaching his sons' baseball and ice hockey teams.

Copyright © Aaron Ploetz 2010 -
All corporate trademarks are property of their respective owners, and are shown here for reference only.